China doesn’t recognise International driving permits or the licence of other countries. There is therefore a perception that foreign visitors are unable to drive in China, and that you have to apply for a full Chinese licence. This is true for stays of over 3 months. Up to 3 months though, foreigners can apply for a temporary licence from the Department of Motor Vehicle Administration. If you fly into Beijing there is a Vehicle Management Service Station in Terminal 3 where you can arrange a temporary permit upon production of a completed application form, passport including visa and entry stamps, your own driving licence with copies and certified Chinese translation , health certificate, passport photos and fees. If you need a full licence you should expect to have to take the driving theory test, but for drivers from most countries, you shouldn’t need to take an actual driving test. There are a number of online resources providing info on how to get a Cgine licence. Here is a good place to start – https://wikitravel.org/en/Driving_in_China

The building and maintenance of roads are mostly funded by local government in China, so you may notice a sharp change when crossing provincial borders. The roads in Western provinces tend to be worse than those in the East.

As private car ownership in China is still a relatively new phenomenon, you have a lot of fairly inexperienced drivers on the roads. Throw in the usual Asian driving ‘quirks’ plus the high volume of traffic in most cities and you have a pretty challenging mix when driving abroad in this huge country. There are numerous internet discussions on Chinese driving, just type ‘Chinese driving’ into Google and you’ll get a screen full of horror stories. A lot of the things mentioned will be typical of most urban Asian environments but there do seem to be a few additional deviations from driving norm in China. Government vehicles and emergency services plus, ,motorcycles and cycles will often ignore traffic signals and proceed on a red light.  I’ve personally experienced taxis pulling over the central reservation of a dual carriageway and driving into oncoming traffic for a few hundred yards before swerving off down a side road. I’ve been in a taxi which knocked a cyclist over (who had right of way) and carried on driving. I’ve seen night time roads where about a third of vehicles haven’t bothered to put lights on. So it can be pretty bad, but as I generally advise in any big city , if you manage to rent a car you can always ask if you can pay the rental company to drive it out of town for you.

For information on driving in Hong Kong, Tibet and Taiwan, see individual pages for those regions.

Although I try and keep the information in the site updated as much as possible, in a rapidly moving world, situations can change daily. Therefore please use the site as an approximate guide, and in conjunction with other resources in order to form your view on driving conditions, roads, safety etc. 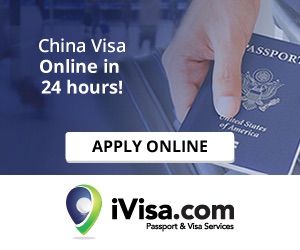 Avis, Europcar and Hertz all offer self drive vehicles in China.